Over the past six weeks, the New York Times has published a three article series on Women and Work written by Sheryl Sandberg (Facebook Chief Operating Officer and author of Lean In) and Adam Grant (Professor at the Wharton School of Business and author of Give and Take).  The articles attempt to illuminate some of the nuanced facets of human behavior that allow the perpetuation of gender bias in the corporate work environment and which contribute to both men and women negating women’s voices, limiting their agency, and preventing their ascendance to leadership roles in the workplace.  There are many compelling ideas in these articles based on recent sociological research, and despite the corporate context, they offer food for thought for those of us seeking gender parity in theater.

When Talking About Bias Backfires (12/6/14) begins with this popular brain teaser: “A father and his son are in a car accident. The father is killed and the son is seriously injured. The son is taken to the hospital where the surgeon says, ‘I cannot operate, because this boy is my son.”  The answer – the surgeon is the boy’s mother! – apparently eludes 40-75% of people who attempt to solve the riddle, suggesting that the powerful cultural association that certain professions are more masculine has yet to be overcome.  The article goes on to explore current research which suggests that overcoming gender stereotypes may be more complicated than just making people aware of them.  Ironically, promoting awareness of biased behavior actually contributed to an increase in that behavior in one study – suggesting that one subliminal interpretation of stereotypes may commonly be “if everyone does that, it can’t be so wrong.”  However, researchers also found that increased awareness combined with a strong moral statement that biased behavior is wrong led to a substantial decrease in that behavior.

The take-away for feminist theater practitioners: it isn’t enough to keep pointing out women’s anemic participation in every discipline in our field – we also need to keep reminding ourselves and our artistic peers that women’s professional exclusion as playwrights, directors, designers, performers and producers is wrong. 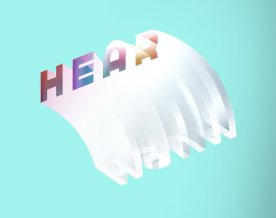 Speaking While Female (1/12/15) explores the negative consequences women can experience when they speak up in a group setting.  The introductory anecdote in this article is about two female television writers for The Shield who are encouraged by their producer to contribute more in the writer’s room.  “‘Watch what happens when we do’, they replied. Almost every time they started to speak, they were interrupted or shot down before finishing their pitch. When one had a good idea, a male writer would jump in and run with it before she could complete her thought. We’ve both seen it happen again and again. When a woman speaks in a professional setting, she walks a tightrope. Either she’s barely heard or she’s judged as too aggressive. When a man says virtually the same thing, heads nod in appreciation for his fine idea. As a result, women often decide that saying less is more.”  Research studies conducted with US Senators, health-care executives, and technology professionals yielded similar results – in a group setting, women’s ideas are often discounted or silenced, even when they are demonstrating superior knowledge and offering innovative solutions.

The author’s solutions for this bias phenomenon are vaguer and more challenging to implement: “The long-term solution to the double bind of speaking while female is to increase the number of women in leadership roles.”  But the closing anecdote of the article suggests that even single events that recognize women’s capabilities and contributions can have big impact: “When President Obama held his last news conference of 2014, he called on eight reporters — all women. It made headlines worldwide. Had a politician given only men a chance to ask questions, it would not have been news; it would have been a regular day.”

The take-away for feminist theater practitioners: we need more women in theatrical leadership positions for lots of reasons including the fact that it can contribute to making us all more comfortable and familiar with women as leaders and voices of authority. 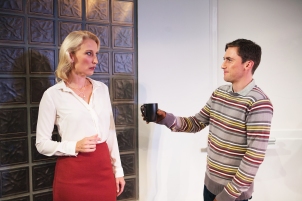 Madam C.E.O., Get Me A Coffee (2/6/15) explores the phenomena of women volunteering to do more “office housework” than men, which sucks up valuable time and limits their productivity and thus career advancement.  The article argues “Women help more but benefit less from it. In keeping with deeply held gender stereotypes, we expect men to be ambitious and results-oriented, and women to be nurturing and communal. When a man offers to help, we shower him with praise and rewards. But when a woman helps, we feel less indebted. She’s communal, right? She wants to be a team player. The reverse is also true. When a woman declines to help a colleague, people like her less and her career suffers. But when a man says no, he faces no backlash. A man who doesn’t help is ‘busy’; a woman is ‘selfish.’”  This article resonated for me the most personally, as I have found this problem of women being more likely to do the administrative scut work to the detriment of their career advancement to be deeply entrenched at the university where I work.  The title also reminds me of a scene from Aaron Loeb’s play Ideation (produced this season at SF Playhouse) in which team-leader Hannah (played superbly by Carrie Paff) winds up getting coffee for her team because her male intern refuses to help.

The potential solutions for this challenge were multiple, including making hidden work visible, initiating conversations about balancing such work across an administrative team, women valuing their own time more, and men taking responsibility for shouldering more of the administrative burden and speaking up when they see imbalances at work.  While these all sound like useful tools for shifting the problem, they also presume a team of enlightened co-workers who are motivated to support women in their career advancement – a set of fairly ideal conditions.

The take-away for feminist theater practitioners: be selective about what you say “Yes!” to, protect your time, negotiate for better working conditions, and ask for what you need to be effective and successful in your work.

Christine Young is a director, dramaturg, and associate professor in the Performing Arts & Social Justice Program at University of San Francisco.  She created and curates Works by Women San Francisco.