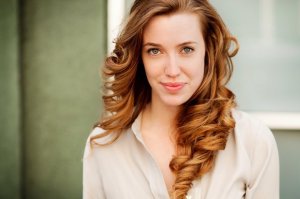 As a recent graduate of the UC Berkeley Department of Theater, Dance, and Performance Studies and a Bay Area artist, I am part of a large circle of female theater-makers who are dealing with the gender inequities of the Bay Area theater world. As female actors, there always seem to be fewer parts available to us in a given season that to our male counterparts. As a playwright and director I am continually astonished at how few women are being given the opportunity to showcase their work at major theater companies.

I became an advocate for gender parity when I started paying attention.

ACT: What do you think are the most urgent or significant challenges women theater artists face right now?

The most significant challenge women artists face is lack of opportunity: not enough fully developed female roles that do not require nudity; not enough faith that plays written by women about women will have broad appeal; not enough trust that a women can successfully direct a play about men.

Labeling things. Just putting (M) or (F) next to the title and author of a play can make a big difference when you are picking plays for a season. Listing how many male and female parts a play has is a great reminder .

The most important thing is to stop thinking of plays as neutral. Each play either does or doesn’t provide opportunities for female artists. If it does not, not necessarily a deal breaker, but if none of the plays in a season do, there’s a problem.

ACT: What tactics have been most effective or least effective? Why do you think those tactics worked or did not work?

The best tactics are proactive. They encourage the consideration of gender equity during the season selection process, they do not simply punish once the process is complete.

How often I hear male Artistic Directors wonder if there are enough women in his theater’s season.

Write an email to a theater to which you subscribe or which you frequently attend. Tell them you would like to see more female playwrights included in their season. Tell them you want to see plays with more women in them. You are the customer, demand a more equitable product.

Stay tuned for her roundup of the Howlround Twitter conversation.

One response to “TACTICS: Interview with Gwen Kingston”