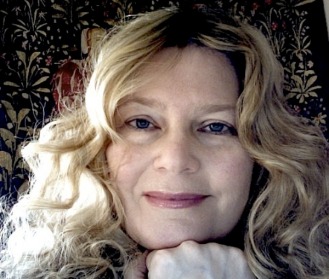 Laura Shamas is a founder of the LA Female Playwrights Initiative (LA FPI), a grassroots advocacy group of women and men whose mission is to promote female theater artists in LA and beyond. Last year, her guide “How to Build Gender Parity Initiatives and Influence Theater” was published on HowlRound.

I’m a writer (stage, screen, prose, non-fiction) and a theater artist. I grew up in the theater; my mother is an actor-director. I have taken note of gender parity issues in society and the arts my entire life. My first published play was about gender parity and Virginia Woolf: “The Other Shakespeare,” penned 30 years ago, about Woolf’s idea of “Shakespeare’s Sister.”

ACT: What do you think are the most urgent or significant challenges women theater artists are facing right now?

We need more artistic directors to take the mission of gender equality seriously; we need to see more strides towards gender equity in each new season in terms of playwrights and directors. We also need to make sure patrons understand the value of women’s voices in the mix.

I have tried everything I can think of. This article and this one summarize most of what I’ve tried and also what LA FPI has tried to do.

Least effective: One tactic LA FPI tried on Twitter was #ShareAScene. On Twitter, I follow lots of fiction writers and they share new work on a hashtag each Sunday. We wanted to invent a hashtag for playwrights to share their work, so that if anyone was looking, they could find new playwriting voices on Twitter. However, we tried it twice and it did not catch on. We couldn’t get enough theater artists to try it, for some reason.

Most effective: Having meetings for women playwrights in LA to gather in person (not just virtually) to discuss work, creativity, calls for action. We have all become more invested in each other’s journey in that process.

This is from my Howl Round essay: “Maintain Momentum and Define Your Own Terms for Success.”

We’re still firing on all cylinders at LA FPI. Some initiatives have fallen by the wayside. And whenever we track the stats each year, it’s disappointing if there aren’t more female-authored LORT shows in our area than the year before. The percentage continues to hover just above or below 20%.

But we’re convinced that more opportunities for women playwrights have come about due to LA FPI. There’s plenty of anecdotal evidence that suggests this. In 2012, a playwright credits getting two productions in Italy due to an LA FPI outreach effort. A playwright with a brand-new play is now paired with a director due to a collaborative partnership. A playwright gets a production at an LA theater that hasn’t produced a female playwright for fifteen years. A published anthology is suggested for our playwright-bloggers. We’re considering producing a livestreamed presentation with L.A. women playwrights. And more: an uptick in entrepreneurial endeavors by some of our members, like producing one’s own movie, or self-publishing a book.

‪Buy a ticket today to see a play by a woman playwright.  Instate blind submission new play policies at your theater.

Tune into our national Howlround conversation on advocacy best practices, moderated by Marisela Treviño Orta and Amy Clare Tasker. Thursday, May 2 at 11AM PDT/2PM EDT on Twitter at #newplay.