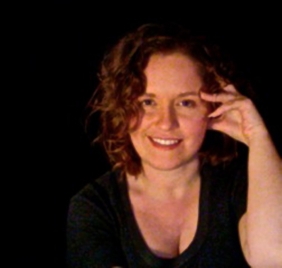 New York director Emily Davis recently attracted national and international attention to issues of gender on and off stage when her blog post “In Which My Tolerance for Sexism in Theatre Reaches a Breaking Point” went viral.

I am a writer, actor, director and maker of my own work. I also have a blog. I got fed up with sexism while watching yet another a production in which men vastly outnumbered the women a few months ago. I blogged about that production and all of the problematic sexism in it. That post went viral. And I learned about all the efforts people were making for gender parity because of it.

ACT: What do you think are the most urgent or significant challenges women t9heater artists are facing right now?

The narrowness of what it means to be a woman on stage is of prime importance. The average production seems to feature one woman (who must be young, thin, conventionally attractive and white) and three men. Having only one model for femaleness onstage is hugely problematic. Often, a woman onstage can’t be a complicated human being, she has to play WOMAN. She has to play doting (or nagging) wife, mother (doting or nagging,) whore or the little girl. And a handful of other one-noted character types.  Plays rarely pass the Bechdel test. That is, there is rarely a show where a woman talks to another woman about something other than a man. This has to do with numbers, for sure. One woman cannot talk to another woman when there’s only one in the show.

I think the fight for gender parity is the easiest way to level the balance of power. If there are simply more women in each rehearsal room, on each stage, then we get more than one woman’s perspective more often. I think having more women in those rooms leads to more work that actually treats women as human beings. We need to get into more theaters, more rehearsal rooms, more production meetings. I worry about lookism, ageism and classism as well, quite a bit. But I guess I feel like no one’s going to address those things until women are no longer the “minority.”

I got mad and I wrote about how mad I was. I told the story of the effect of seeing the numbers like this on me and on the young people I work with. What I wrote seemed to speak to people in a way that the actual numbers didn’t. I’m not sure I understand why it went viral. Maybe because it’s hard to argue with feelings? I think, too, no one felt blamed for the problem, they just had to empathize with mine.  And then people shared that sentiment. Maybe all of the people who were just quietly putting up with the numbers (or who had never really sat down and thought about the numbers) had a way to express their frustration too?

I don’t really think of myself as using tactics so much as I just share what I’m thinking about. And I happen to think about gender parity a lot. I sort of can’t help, when I’m looking at a poster for an upcoming show, sighing and saying, “Dang. More dudes. I’m so tired of nothing but dudes.” And I just don’t go see those shows anymore. And I tell people why. I didn’t before. But I do now. I keep it personal. I don’t expect everyone to follow suit. But I think it makes people think twice. I’ve also started doing this for film, too. Because I’m just as tired of seeing nothing but dudes (and the occasional model) on screens, too and I think film and theater tend to follow each other.

I’ve joined the 50/50 in 2020 group and the Works by Women group. I’ve only seen one show with Works by Women so far but I think it’s a fantastic way to help bring women’s work some support. Women can only make work if someone goes to see it!

Also, I like to fantasize about tactics that I know would never work. Like the one where ticket buyers call up box offices and check on the gender ratio before they buy tickets. Unfortunately, that would require a theater culture where box office folk had some authority to report back to producers what people cared about and I doubt that’s our culture.

I love the Works by Women strategy of just going to see work that is woman-driven because it comes from a place of how to support what already exists. It’s not asking anyone to do anything differently. It doesn’t make anyone in power feel like they’re going to lose it. So it has the potential to become a powerful group of supporters. What if the groups got so big that producers wanted to do shows just to guarantee a powerful audience base?

My friend and fellow blogger, Stella Duffy, wrote about making a personal vow to see more women’s work. She did it by the numbers. That is, for every heavily male production she saw, she had to seek out three productions with a high concentration of women. I’ve taken this up. I don’t always succeed but I think it’s a great ideal to have. I have several friends who make a point to do this, too.

I’m not much of an activist, I will confess. I can’t really imagine organizing or getting out in the streets with a sign or participating in an action so I’m not sure I’m trying to measure effectiveness. I just document it. For myself and my readers. Not sure how to measure any of it except by reader stats!

Pick up the 3 to 1 challenge. For every all male show you see, see three all female productions. If you can’t find one to see, make one yourself. If you don’t make theater, donate to someone who will.

And it doesn’t have to be single gender stuff to use this model. If you see a show with 3 men and 1 women, see three shows with 3 women and 1 man. Or something in the neighborhood.

Tune into our national Howlround conversation on advocacy best practices, moderated by Marisela Treviño Orta and Amy Clare Tasker. Thursday, May 2 at 11AM PDT/2PM EDT on Twitter at #newplay.